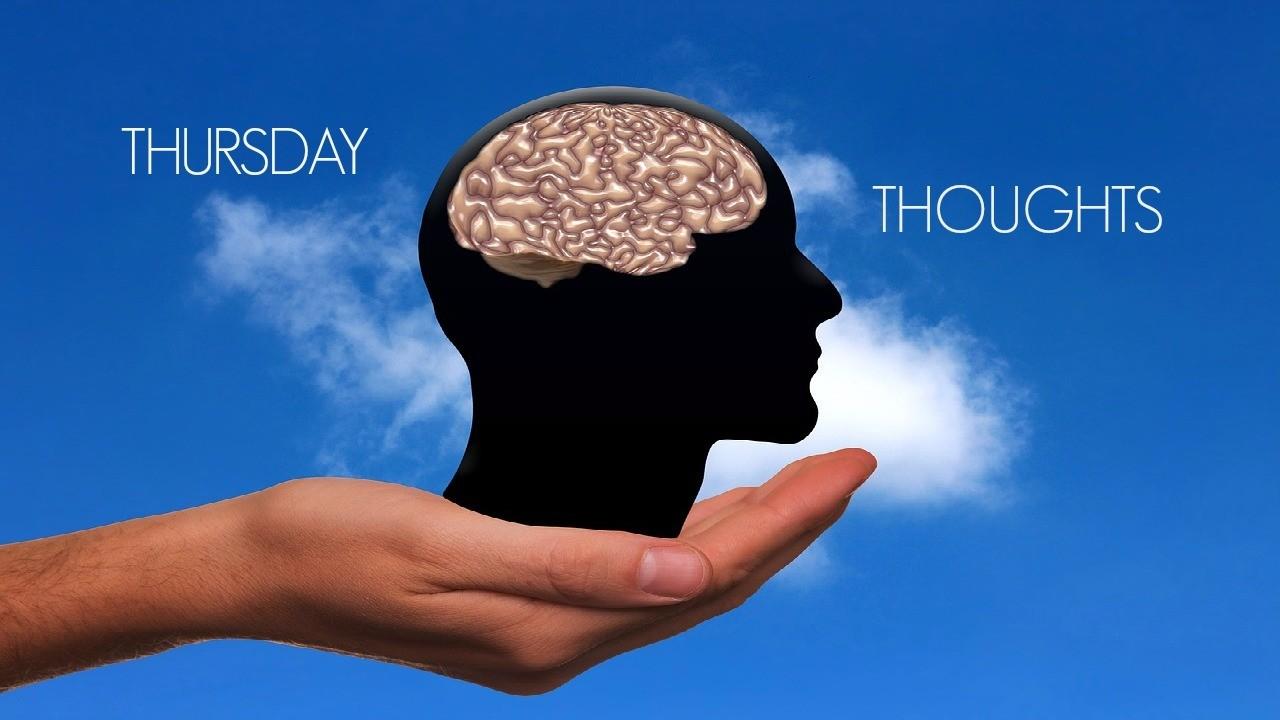 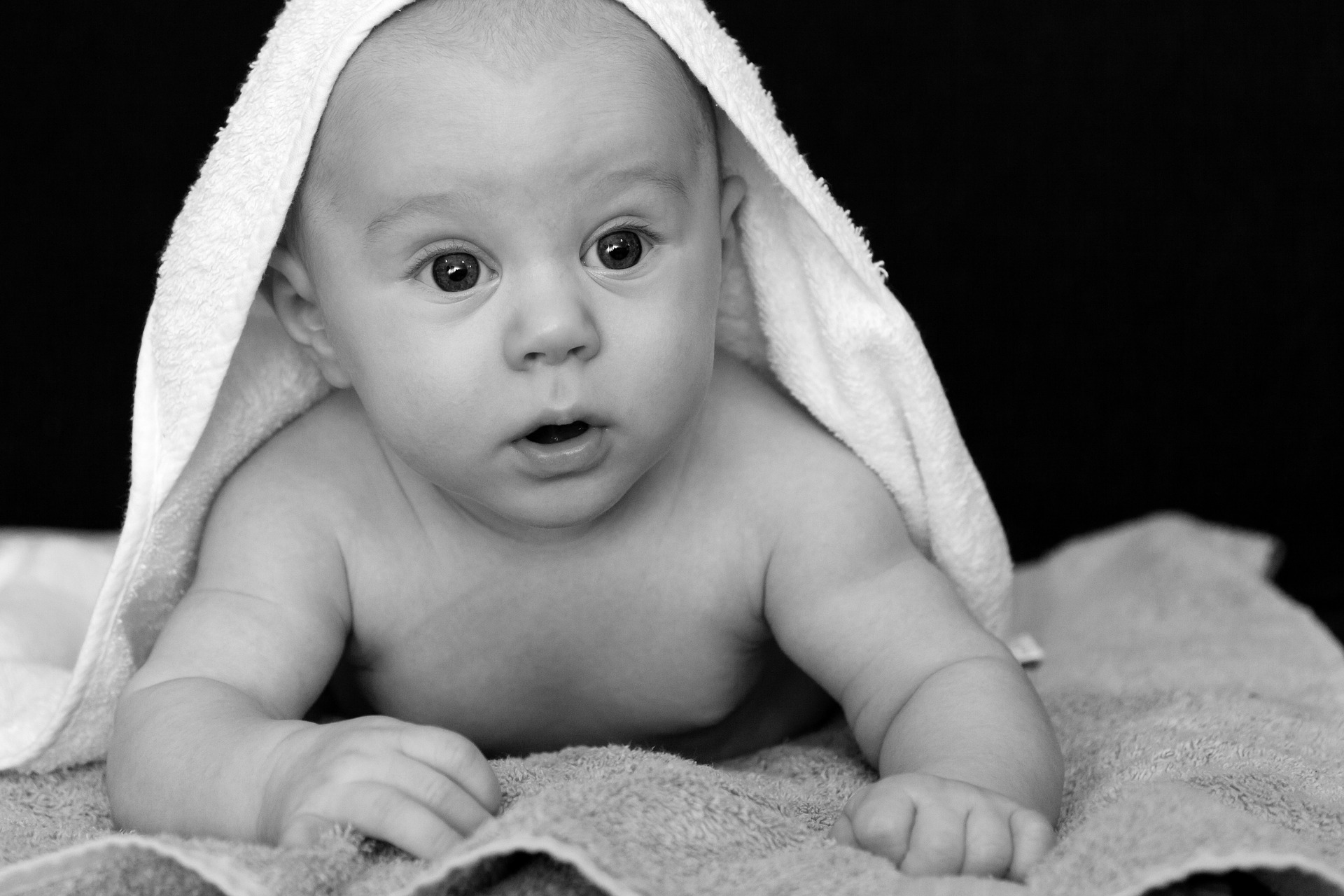 Within the past six or more months, companies have taken positions on current issues.

Target defends transgender rights by de-linking sex from bathrooms and changing rooms. In the last few weeks, Nordstrom supports the side that lost the election by pulling Ivanka Trump’s clothing and accessories lines from their inventory. Budweiser entered the immigration conversation by creating a Super Bowl ad featuring its founder’s immigrant heritage.

Now, I’m not about to use this article to take my own stance on any current issue, as it would undoubtedly divide my readers, serving no purpose except for a chance to set-up my soapbox.

Wait. Did you just read what I wrote above? That sentence makes my point. I’ll explain.

Political positions are values, but . . .

There is nothing inherently wrong about a company taking a stance on a current issue. After all, companies have a responsibility to be... 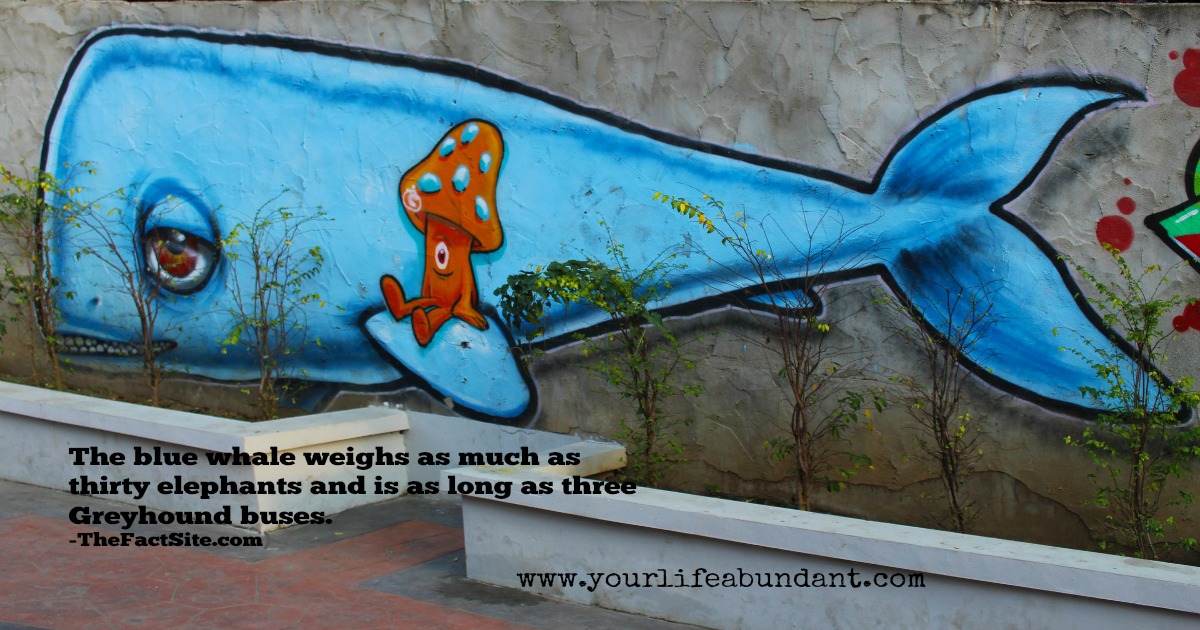 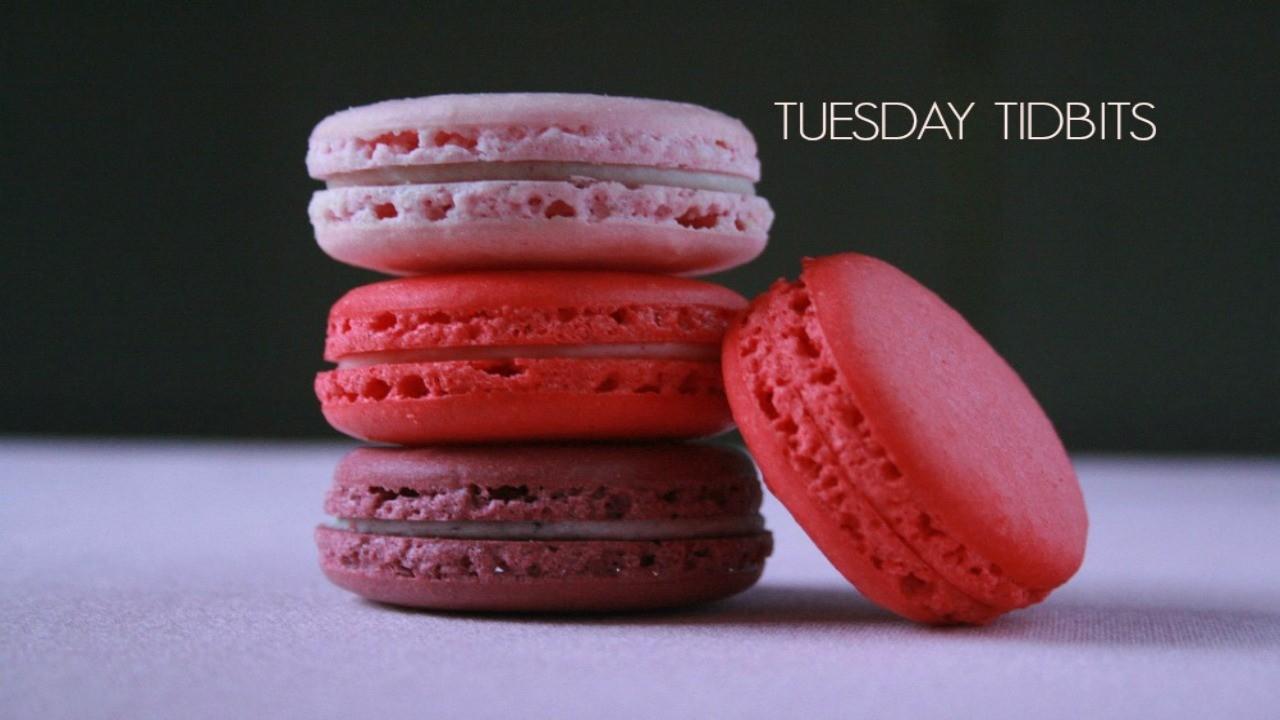 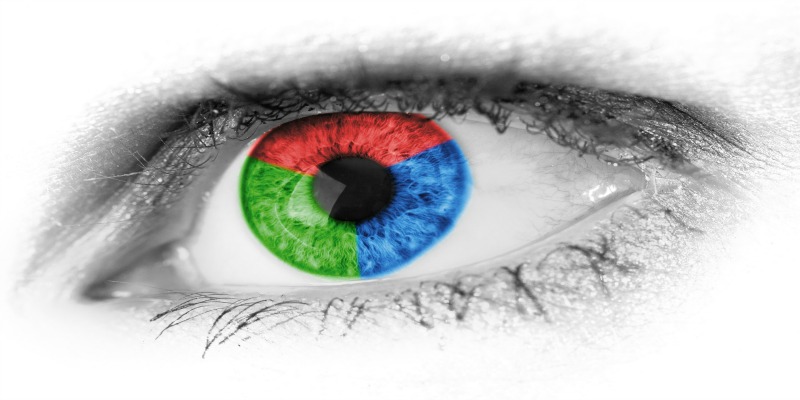 Monday Motivations: Walking in a Cloud of Gratitude 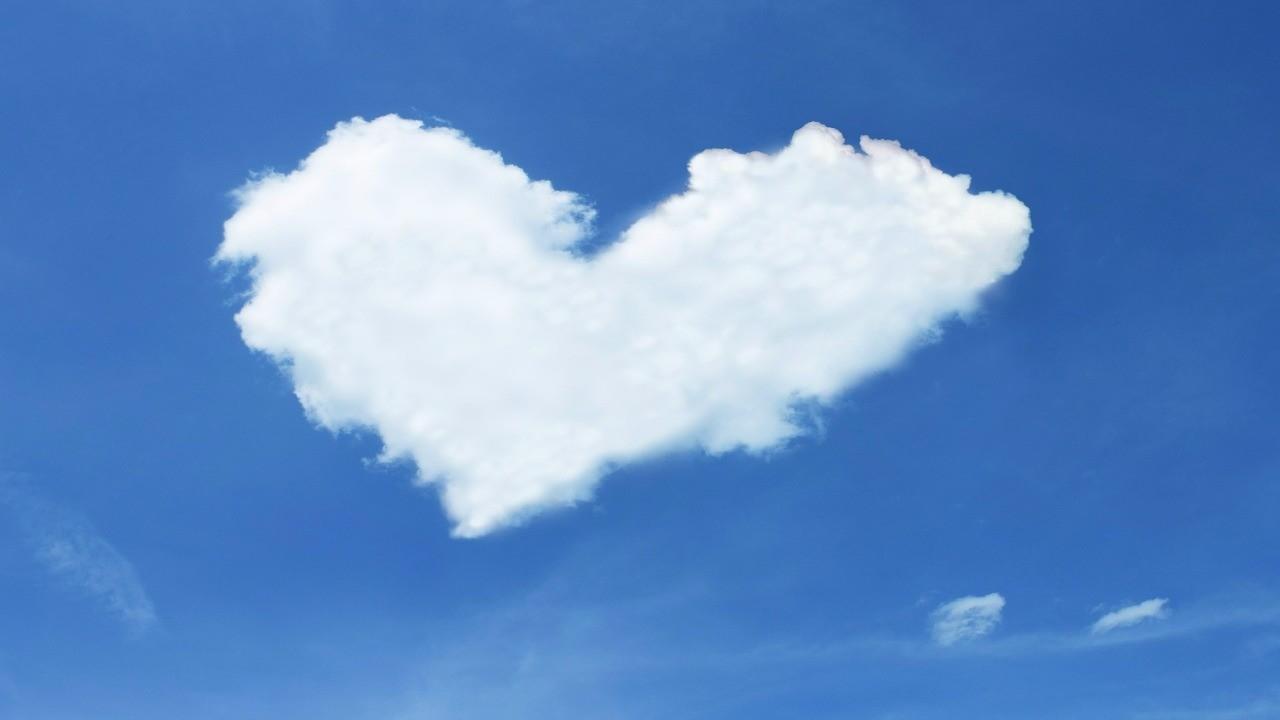 “Monday Motivations” is a weekly post that is inspirational, encouraging, or reflective. It is meant to help with this big thing we call “Life”.

As we go through life with all its challenges, heartaches and stresses, it’s often hard to be grateful. And with the 24-7 on demand, online world we also inhabit, we are so easily swept into the trending currents, flowing ever faster downstream to where we really want to be.

It’s hard to stop and enjoy the scenery. Let alone be grateful. But to preserve our sanity, reclaim our inner peace and be fully human, we must.

So I’d like to share five thoughts that, I hope, will help you walk in a cloud of gratitude.

Take some time each day to pause and reflect upon all that is good in your life, especially those simple things we often take for granted, like the gift of waking up another day. Time spent like this each day doesn’t have to be long, especially at first. But... 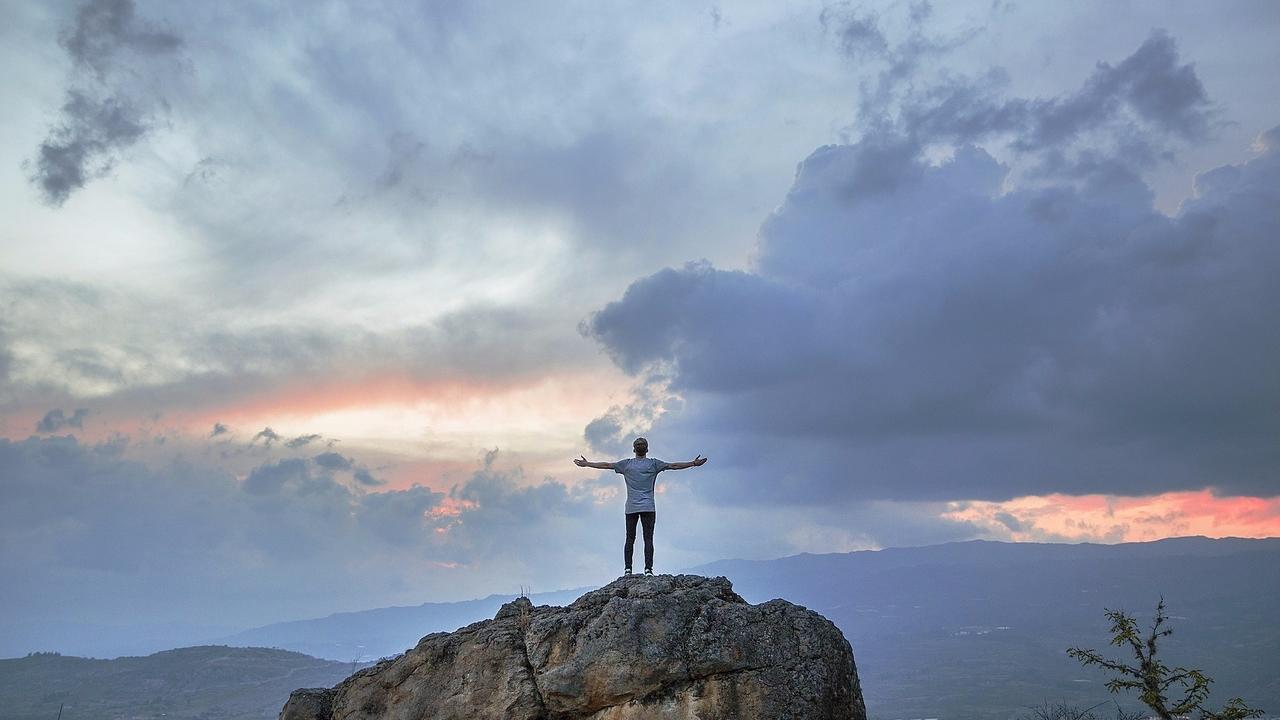 Enjoy this brief animation explaining why you need values-driven branding. 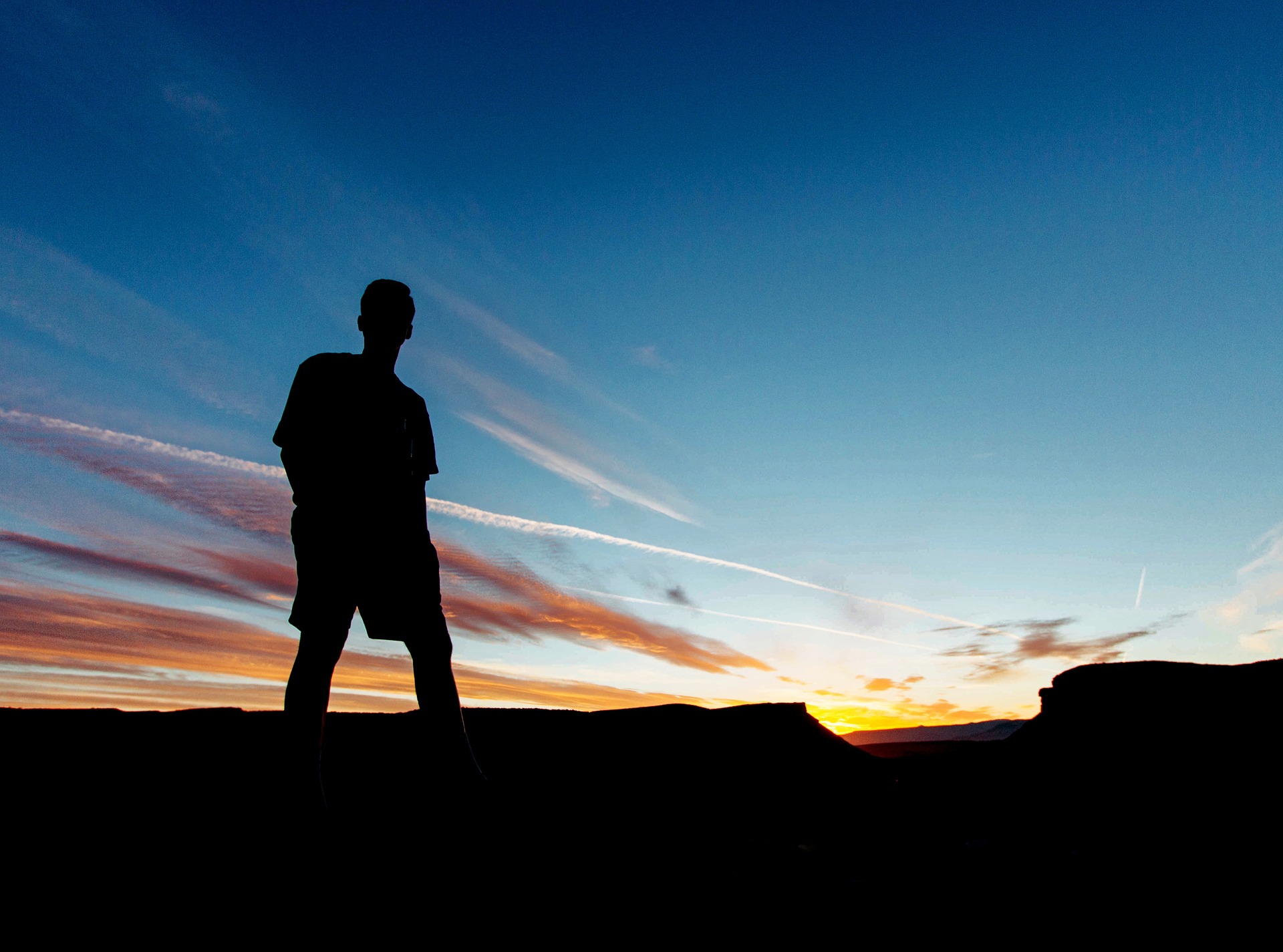 Values-driven branding: To be, or not to be 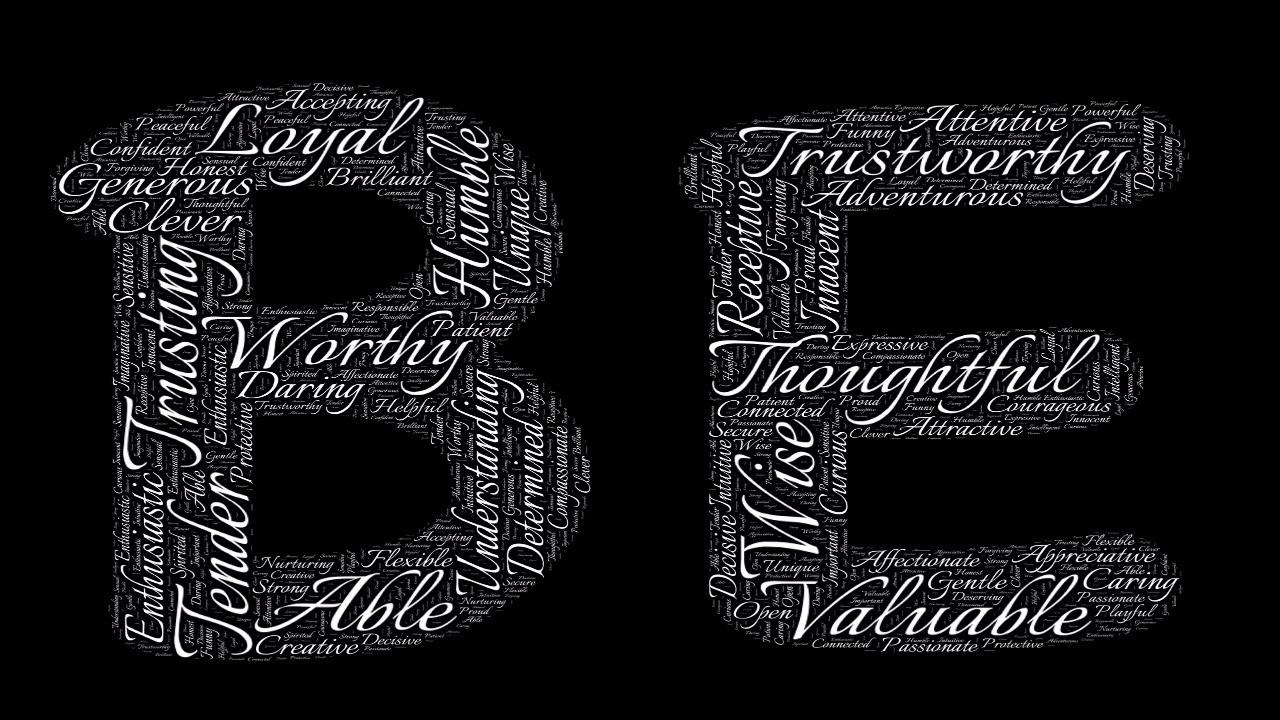 Of course, we’d all want to ensure that the values we hold and express through our brand are all positive. But are they? Let’s take a closer look.

Who are you, anyway?

Like it or not, as entrepreneurs, our brand is us; they are one in the same. Oh sure, not all your values of your personal brand are expressed in your business brand. But many are, especially the core ones.

For me, one of these core values is creativity. Creativity, because I discovered many years ago that the jobs that made me the most unhappy were the ones that had no outlet for my creativity. I can vividly remember, my first job after leaving college was as a mortgage interviewer at TRW Credit Data. All day long, I would ask mortgage applicants questions about their residence, job and credit histories, dutifully filling out form after form. Desperately driven to create, I soon found myself furtively jotting down lines of poetry on scraps of paper...

Part 3: Branding for the values-driven entrepreneur 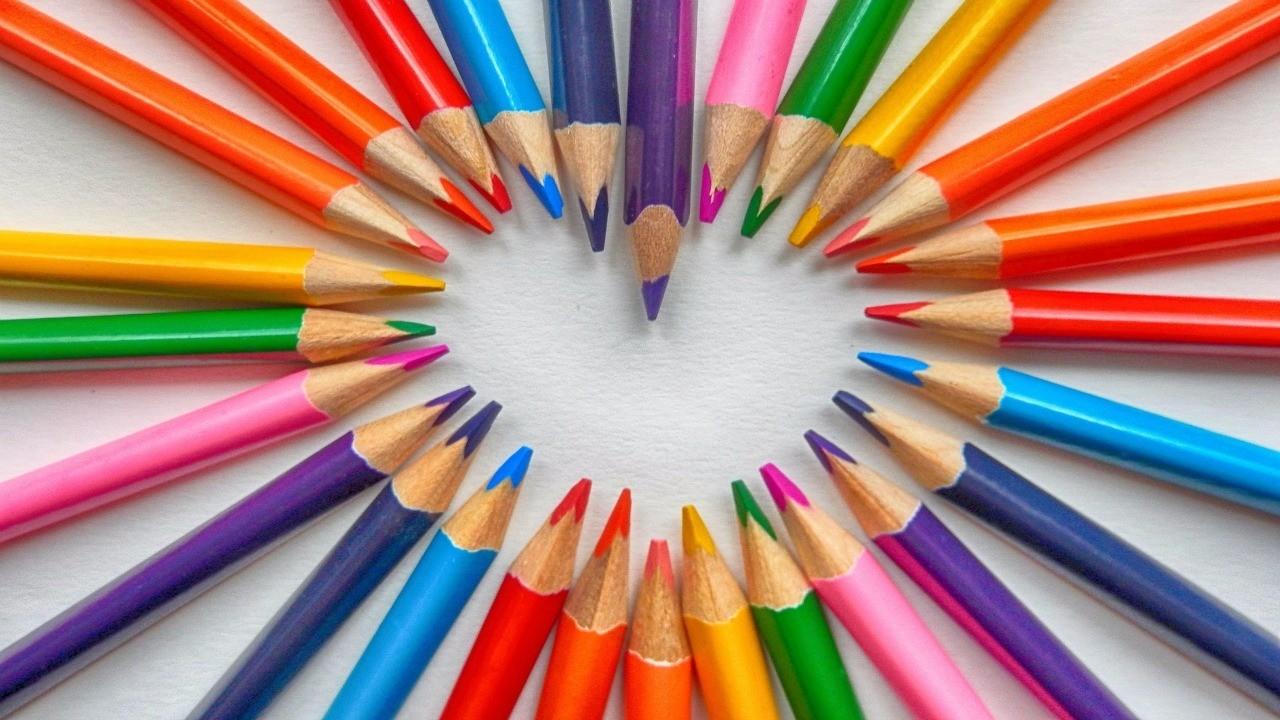 In my previous blogposts, Part 1, we explored why entrepreneurs are not essentially self-centered and in Part 2, we explored how this is also true of the Christ-centered entrepreneur. Now, in Part 3, the last part of my series, we’ll explore what branding means for the values-driven entrepreneur.

According to the “Small Business Dictionary” of Entrepreneur Magazine,

“Simply put, your brand is your promise to your customer. It tells them what they can expect from your products and services, and it differentiates your offering from that of your competitors. Your brand is derived from who you are, who you want to be and who people perceive you to be.”

Branding embodies everything you do, from what and how you reveal your business to the world, through all steps of customer/client acquisition, engagement, relationship-building, etc. No area of your business is not “branding.” (Keep these thoughts in mind...

Part Two: Why Christ-centered entrepreneurs are not self-centered 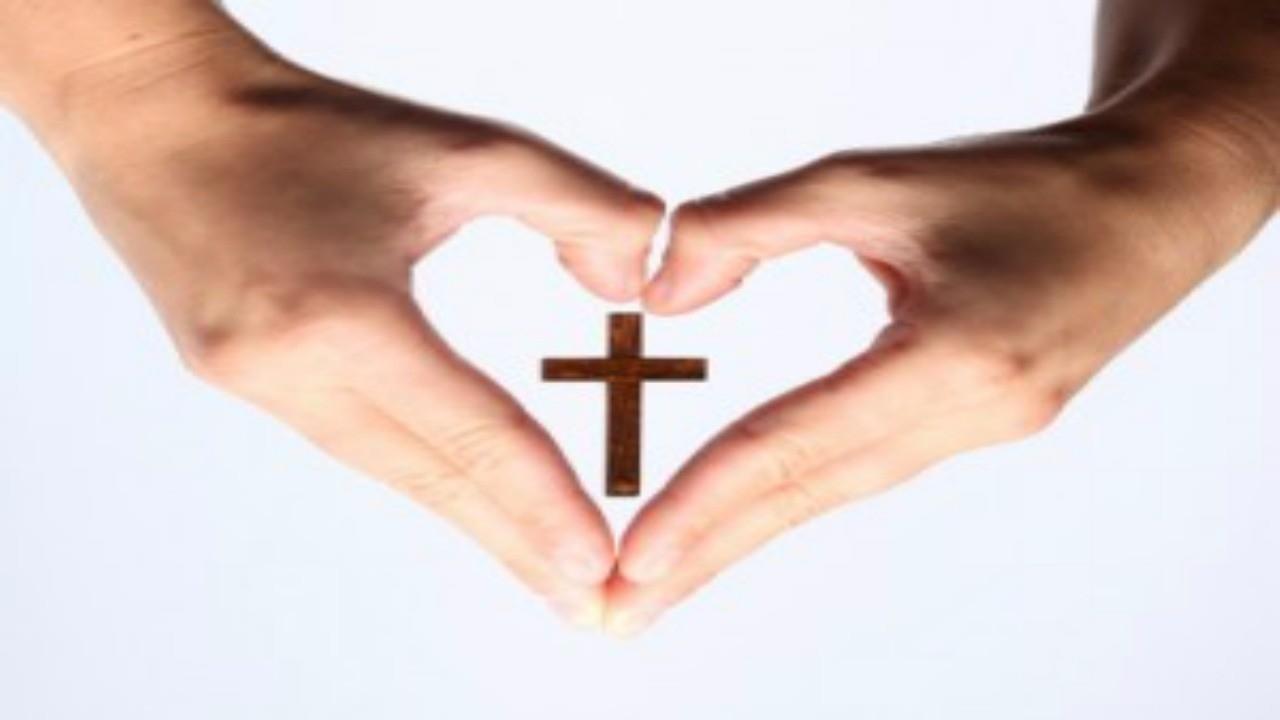 In my previous blogpost, Part 1, we explored why entrepreneurs are not essentially self-centered. Now in Part 2, we’ll explore how this is also true of the Christ-centered entrepreneur

The very term “Christ-centered” implies you are centered on someone other than yourself. Specifically, there are three concepts: You are not your own; your life purpose is to glorify God and to love your neighbor.

As a Christ-follower: “You are not your own, you were bought with a price.” In the First Book of Corinthians, Paul tells us:

“Or do you not know that your body is a temple of the Holy Spirit within you, whom you have from God? You are not your own, 20 for you were bought with a price. So glorify God in your body.” (1 Corinthians 6:19-20, ESV)

Your purpose is to glorify God

To better explain this statement, let’s back-up a bit and look at life purpose in general. Here are three points to...

Part One: Are Entrepreneurs Essentially Self-centered? 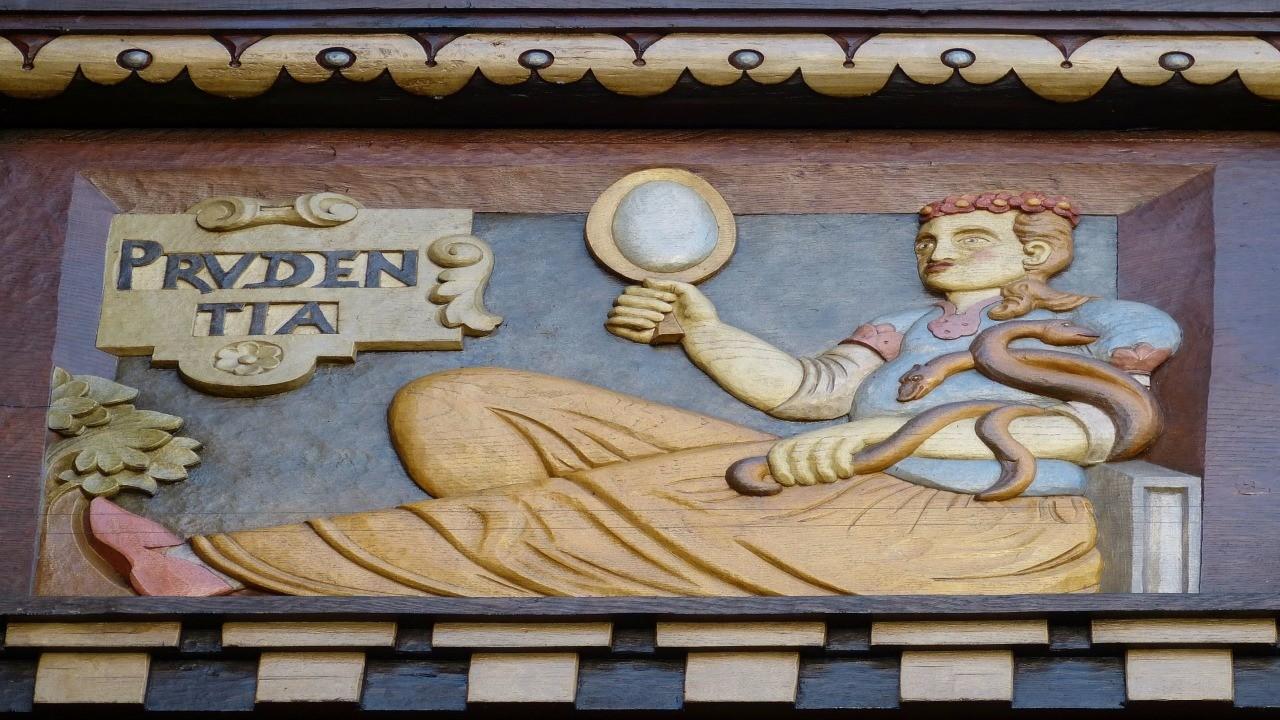 In Part One, we explore why entrepreneurs in general are not self-centered, evil people, but other directed.

We are sadly far too familiar with the common, cultural stereotypes of business people. They are described as: greedy. Rapacious. Selfish. Cutthroat. Willing to sell their own mothers. Only out for their own self-interest. They are exemplified by: Gordon Gekko of Wall Street, Henry F. Potter of It’s a Wonderful Life, and many others. 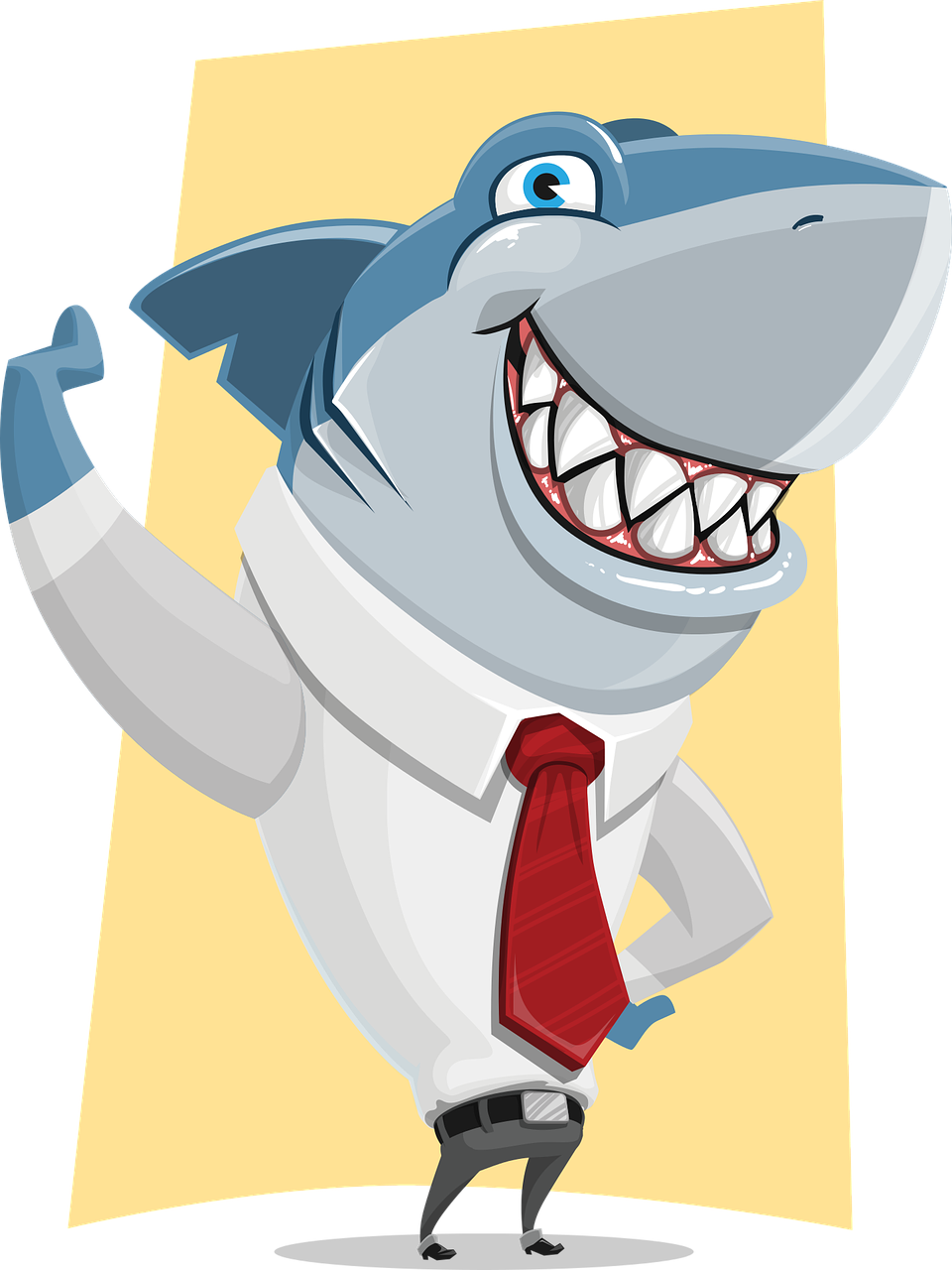 Underlying these villains’ actions are ideas about business: Business is evil; it is a zero sum game; you’ve got to break some eggs to make an omelet. So it stands to reason, goes the popular argument, that since business is immoral, business people are immoral, too.

But is it just business people who are immoral? Are there not also immoral lawyers, social workers, teachers, car mechanics, construction workers and, dare I say, politicians? The answer is: “Yes”.

So, aside from the few bad actors-or actors forced...

Recently I’ve re-read a great book, The Good of Affluence by John R. Schneider. In this book, Schneider expertly makes the Biblical case for affluence, or what he calls “material delight”, which is neither the prosperity gospel nor the penurious “simple life” as Christians on either side of this debate promote.

Beyond saying this, I will say no more about Schneider’s sound arguments, as the intention of my post is not to do an in-depth book review (although that may happen in the future); rather, it is to share with you one of the many enlightening passages I’ve found in my re-reading.

So today I share with you Schneider’s reflections on the “real bottom line”, as expressed in the parable of the Rich Fool.

The rich fool is an eternal fool for he has stored no treasure in heaven. The word is not against solvency. But we must be very sure that our quest for solvency is animated by creative and redemptive love –...

Stay connected with news and updates! 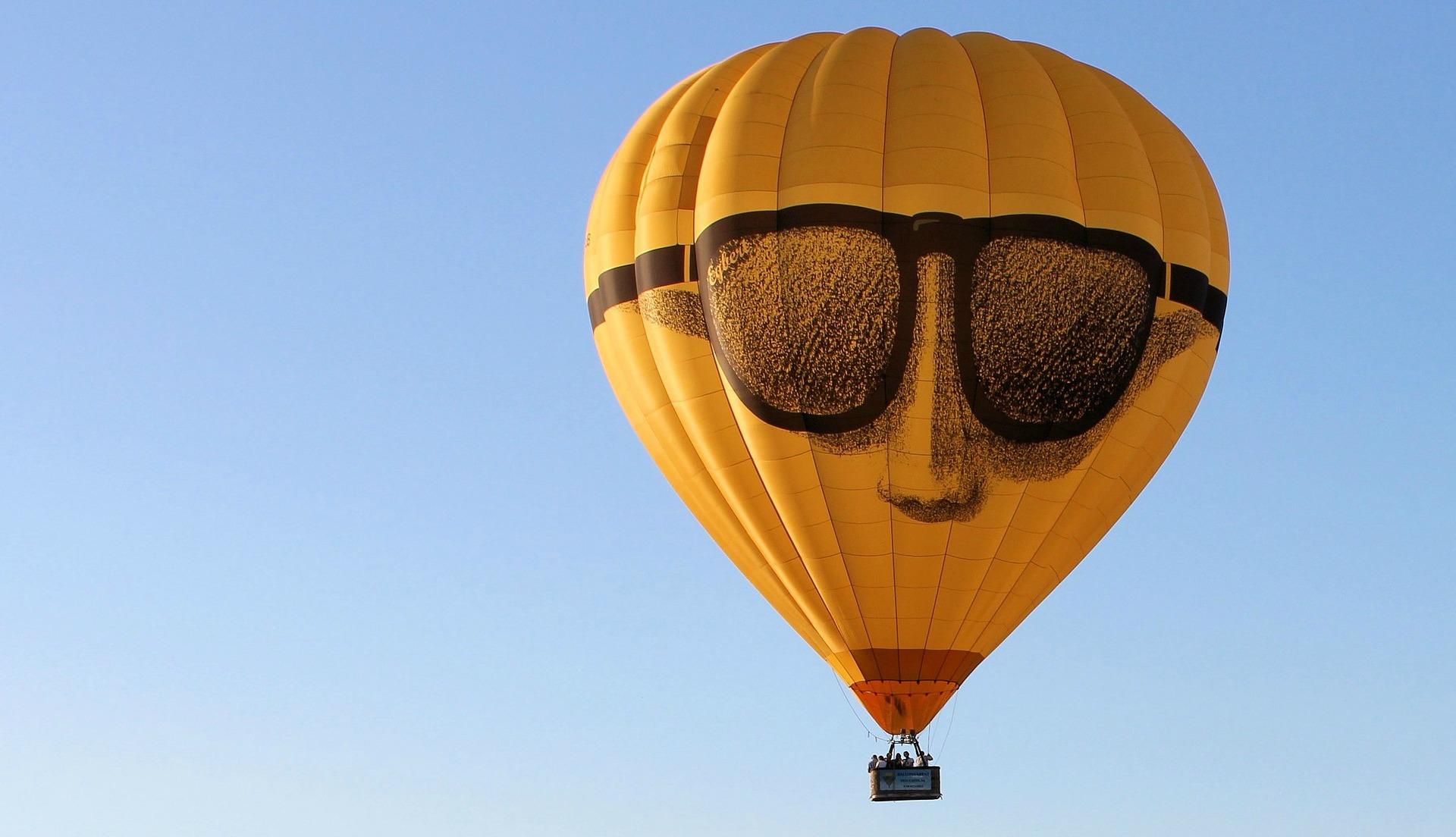 Don't take off yet!

Until you've received your free guide: "10 Ideas to Find Gold in Midlife Muck". Fill out the form below:

My team and I are honored to pray for you.